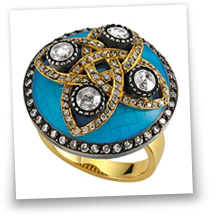 Being the wife of a Londoner, trips to Blighty every year or two are a must! I’m not complaining, I love London and all it has to offer, particularly the ease with which you can access the rest of Europe. On one such trip, we decided to explore the ancient city of Istanbul. Both my husband and I are avid travellers and love learning about different cultures and the arts, architecture, lifestyle and cuisine of people around the globe. Istanbul did not disappoint!

The city of Istanbul is of course, famous for straddling Asia and Europe, and the Bosphorus is a major trade route connecting East and West. It is one city where you will find treasures from across the globe – ancient handcrafted goods from India, Morocco and Egypt mingle seamlessly with the brash, modern gadgets from Japan, USA and Germany.

My husband and I were expecting our first baby and we were beyond excited!  It was early October and the weather in Istanbul was perfect. Having arrived in the city late at night, I was very tired and my only thought was a comfortable bed. However, as tired as I was, I remember seeing a portrait of a beautiful, Ottoman style diamond ring in an brilliant Mediterranean blue hanging outside this quaint little jewellery shop in the hotel lobby. My brain registered this for later exploration.

We woke up bright and early the next morning ready to explore the city. As is my tendency, I quickly finished breakfast and left my husband to have his coffee at leisure while I went in search of that ring! Since my husband is less than enthusiastic about shopping, I usually try to sneak off and shop while he’s otherwise occupied. Popping into the boutique, I was greeted with a warm smile from a woman I would quickly come to call a friend.  Veronik was charming and sincere and had a passion for jewellery that rivalled my own! And the jewels!! Oh the jewels!! The jewels were fabulous!

Now, I may have more of a passion for jewels than your average person, but that also means I am hard to please. I’m not easily impressed, but in this little shop, I found jewel after jewel that left me breathless. From the cut of the gems to the unique settings and brilliant lacquer work, every piece was a stunner.  We got to talking and one thing led to another and before I knew it, we were making plans to visit Veronik’s husband, Artur at his workshop and see firsthand where the magic is created.  The thought did cross my mind that Kiran may not be so happy with the change in plans, but I also knew he would humour his pregnant wife. But what started off as a dutiful visit, ended up being one of the most enjoyable days we have had.  After visiting the workshop we ended up going for lunch with Artur and Veronik and really got to know them… lunch led to afternoon coffee… and dinner… and even a little dancing…

Artur started crafting jewellery when he was just 16 years old. Being of Armenian background, crafting jewels was in his blood.  He had watched his mentor, his father’s friend from their ancestral village in Armenia, create amazing jewellery from a young age and Artur was enthralled by the ability to turn a block of gold and rough stones into works of art. So it is not surprising that Artur started experimenting with gold and stones very early in life.  The craftsman was happy to teach him the skills but he was an exacting master.  It wasn’t just another piece of jewellery to be sold, Artur was told, it was something that would be treasured for years to come, handed down from generation to generation.  That is how a true craftsman creates.  To this day, Artur creates with this same passion and exacting attention to detail.

That ring came home with me (along with a few other pieces…) and anytime my husband finds an occasion to shower me with special gifts to add to my collection, he knows to call Artur.

(Artur’s creations are custom commissioned and made-to-order and sold exclusively through Chakraas in North America).

As March 17th rolled around off we set to visit our provincial capital on a lovely Sunday morning. Got the children up and bathed and into the car by 8am – that is a marathon in itself! But the luck of the Irish was with us, we were the second to last car on the ferry!

After weeks of wet weather, we were gifted with beautiful sunshine. Arriving in downtown Victoria just before the noon hour, we dropped our bags at the hotel and set off to explore the city on foot and stroller.

Was it the sunny weather or are the people of Victoria always so friendly? Strolling through the streets of downtown Victoria, we stopped and chatted to passersby, people played peek-a-boo with our 7 month old, while the man at the bookstore went out of his way to get my 3 year old son “a blue bookmark” (no other colour would do) – it was just a lovely outing.

For dinner we were planning on going to the world famous Re-Bar vegetarian restaurant. I had been wanting to try it for years – had even made recipes from their cookbook on several occasions, always to the delight of the diners. For lunch, I decided to surprise my husband with a trip to a little Fish and Chip place on Victoria Harbour. My husband, a born and bred Brit, is forever complaining about the lack of quality fish and chips (England’s major contribution to world cuisine, as he puts it) available in Vancouver. A recent episode of Eat Street on the Food Network featured this little place called Red Fish Blue Fish in Victoria, locals love it and the fish is apparently the best this side of the Atlantic. So I knew that I had to take my husband there.

As we expected, there was a long lineup, which usually indicates phenomenal food – or slow service! This, it turns out, was most definitely the former and as the aroma of freshly cooked deliciousness wafted through the air, we grilled the friendly regulars on the ‘you got to try this’ items on the menu (just about all of them, as it happens!). Even our 3 year old seemed to sense this was worth waiting for and waited as patiently as he could. He was of course, quite literally climbing the walls, but he wasn’t going to miss out!

Tummies full of a variety of tacones and chips off we set to visit the famous Munro Books, check out Kaboodles for a jigsaw puzzle or two and pick up a nice cup of tea before heading back to the hotel to put the children down for a nap before our long awaited dinner.

As we stood waiting for our table at Re-Bar, we again were chatting to the locals. My turquoise and diamond ring was spied by one of the women and we got into the pleasures of jewels. There is something about jewels that always turns into a conversation about faraway, exotic places – it was almost a shame to be shown to our table! No sooner had we been seated for dinner than the fire alarm sounded…. Ugh. Did we really have to leave? We had just settled the kids into their seats! As I got up to get our jackets, the two ladies and gentleman we had met in the foyer came over to offer us a hand in getting the children out safely. Such thoughtfulness! As it happens, the alarm was pulled by a few over zealous St Patrick’s night revelers and we were able to settle back into our seats. Dinner was fabulous!

Tomorrow: afternoon tea at The Empress.

How lovely is Victoria and Her people? 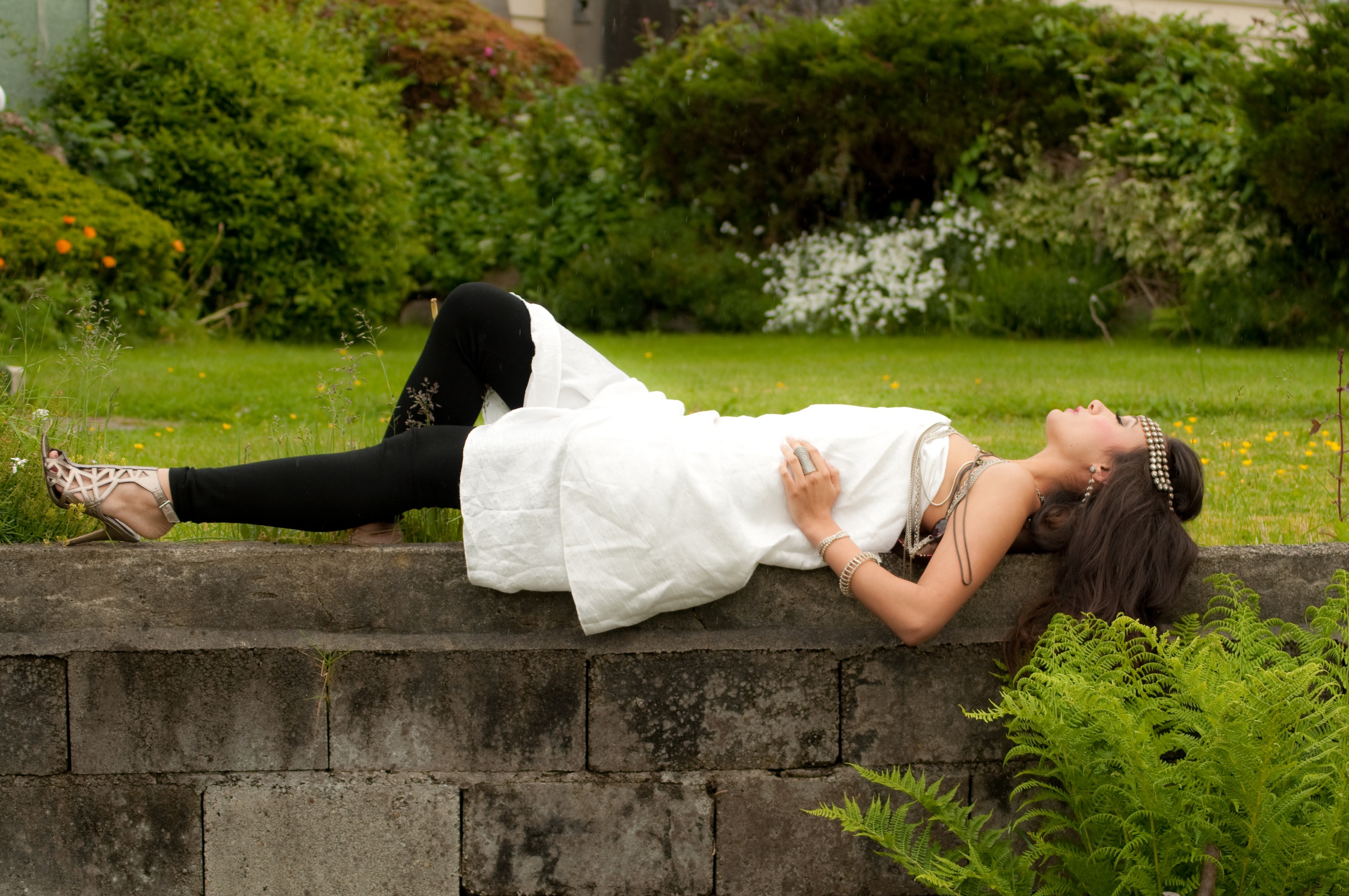 The thoughts, reflections and musings of a dedicated follower of all that glitters!

Thanks for dropping by and welcome!

I’ll be sharing my scribblings about jewels, travel, who is wearing what and anything else that is catching Chakraas’ eye. I hope this can be a place for you to step off the merry go round that can be life, pause a moment and have a cup of chai and a chat! Please feel free to comment, I would love to hear from you.